Hen's teeth can be pretty hard to come by now-a-days, and the few white buffalo around roam the American high plains, but there are some German ones too.

I have been looking to pick this book up for quite a while now. I saw a copy of this book when I was learning to tattoo and it has been in the back of my mind since. 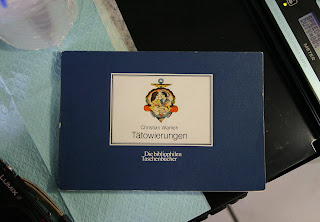 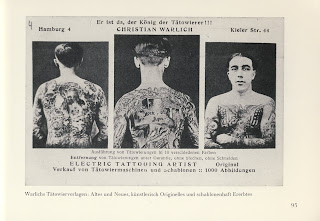 Tätowierungen is a book about the life and career of Christian Warlich, it was published first in 1981 and again in 1991. Niether pressing was very large, a detail that drives the price up on the few copies floating around. The text is in German only, but the bulk of the book is dedicated to Warlich's hand painted flash and a few photos of him and his work.
Christian Warlich died in 1964 after a long and famed career as the (self porclaimed) King of Tattooists. Warlich was one of the few tattoo celebrities of his day, as well known in Germany as George Burchett was in England and Charlie Wagner was in the United States. He operated a tattoo shop in Hamburg Germany at no. 44 Clemens Schulzstrasse. Warlich was a mentor to Herbert Hoffmann and a big influence on his tattoing as well. A photo of Warlich with a very young Herbert Hoffmann can be seen in the documentary Flammend' Herz (Blue Skin).

While Warlich's flash sheets contain some of the usual designs that make the rounds, most of them are extremely refined for their day and most are unique to Warlich alone. There are 60+ pages of flash in here, the average page is 6 designs; some more, some less. One look at this book confirms his place as a true King in the history of tattooing.
If you'd like to get a tattoo that's an interesting part of tattoo history as well as just a great traditional design, these photos are high enough resolution to print out and take to your prefered shop. I can 100% guarantee that when you walk in with one of these designs you are going to make one lucky tattooer's day. If you're in the Los Angeles/Pasadena area I'd be happy to do it for you as well, get in touch or just stop by the shop. 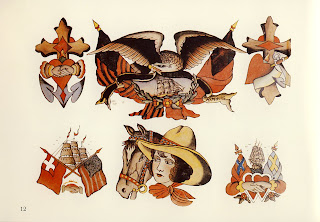 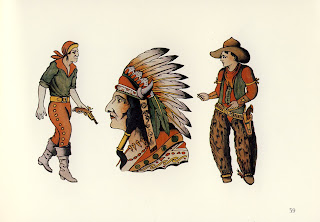 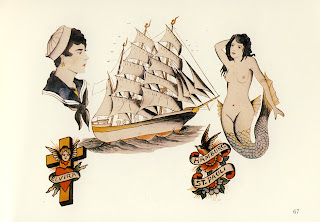 file under: Flash, Tattoos
Email ThisBlogThis!Share to TwitterShare to FacebookShare to Pinterest