My sister Rica has been in India for the last month, she's traveling with a friend Lily who's been there for a few months now. Judging from the 3 e-mails and two postcards I've received it sounds like they're having a great time, but my sister seems to be the one with the good luck- or at least not the brunt of the bad stuff anyway.
Rica has great handwriting, but I've transcribed them both for legibility's sake.

Hey Tyler! In Amistar we walked back from a temple right past a streetside tattoo stand- well, not a stand really- it was just two guys on a dirty blanket with a needle, a book of bad sketches, some ink, & a cup of water. They really wanted Lily to get a tattoo so she finally agreed to get I HEART INDIA on her butt- do you think that was a bad idea? HA! We were going to go back the next day to get a picture of them for you- but I was too busy puking.


Love,
Rica
This was the first postcard I received, I like that they recognized them as "bad sketches" but that wasn't enough to stop Lily from getting a tattoo. The overwhelming consensus among tattooers I spoke with was that although we'd like to think we'd get a tattoo on a dirty blanket in the street in India, it's still a death wish. Lily, you get 2 points for living in the moment, and I hope it doesn't comeback to bite you in the ass (again).
If they were traveling by time machine I'd like to think someone would get a picture WHILE they're doing the tattoo, that must've been a true kodak moment.
Lastly, I find it weird that my sister ends her letter with "I was too busy puking" but feels no need to elaborate. I sent a follow up e-mail, but I still don't have an answer for that one. 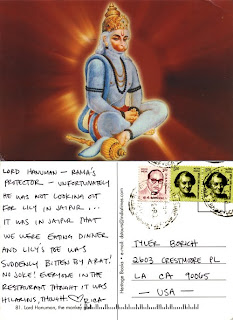 Lord Hanuman- Rama's protector- unfortunately he was not looking out for Lily in Jaipur... It was in Jaipur that we were eating dinner and Lily's toe was suddenly bitten by a rat! No joke! Everyone in the restaurant thought it was hilarious, though.
LOVE RICA

This is the second postcard, not a lot to say here that hasn't already been said. I guess if I was going to get bit by a rat India would be the place to do it since they're revered there. New York would be a close second, but based only on rat population. I like that she was "suddenly bitten by a rat" versus the slow, gradual rat bites I've become accustomed to here in the States. I hope they both make it back in one piece, at this point I have a very real concern for Lily's safety. 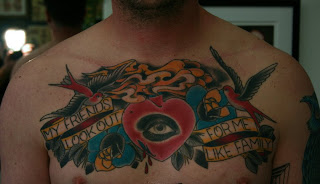 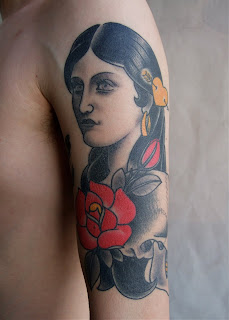 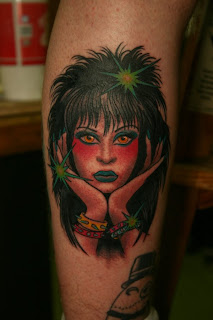 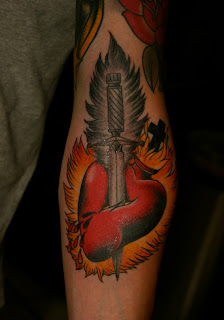 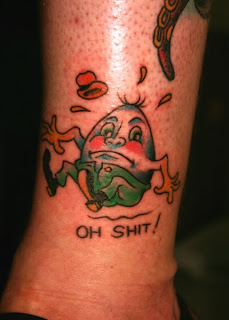 Since none of these photos are on here, here's a few tattoos I did or finished recently.
file under: Tattoos Links to this post
Email ThisBlogThis!Share to TwitterShare to FacebookShare to Pinterest